Will Smaller Email Service Providers Fill the Vacuum Left by the Big 3? 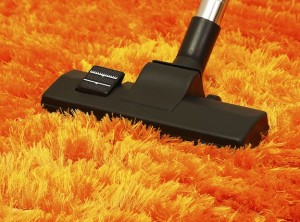 Did you hear that loud sucking sound last year as the enterprise-level ESPs got sucked into bigger companies? We got to wondering, with the three major email service providers all now absorbed by Fortune 500 companies (ExactTarget by Salesforce, Responsys by Oracle, and Silverpop by IBM), what does the future hold for the middle-market ESPs? More importantly, what does this mean for customers?

For us, as an email consultancy helping clients choose the best email service providers for their needs, and as a reseller of one of the three enterprise-level ESPs, we watch these developments closely because they have a direct impact on our business—and our customers. And we see a lot of potential changes as a result of those major acquisitions.

Mid-sized ESPs can now move upstream
With the big three players being acquired by even bigger players, we see a potential void in the middle market and an opportunity for some of these mid-sized ESPs to move upstream. Plenty of larger companies can be served by these smaller email service providers, and some of these ESPs could potentially specialize, making them even more appealing to the larger companies that might not have considered them a good fit before.

“There’s a definite move to serve the enterprise market,” said ClickMail’s CTO Cameron Kane, when I asked for his thoughts about what will happen now.

This is a good thing for customers, he added. Although some of their needs might be enterprise-level, that doesn’t necessarily mean they need an enterprise-level ESP, as the middle market ESPs move to fill in the gap. Take Maropost or Adestra, for example, as mid-size ESPs with solutions able to facilitate some of the needs for enterprises.

Mid-sized ESPs are sometimes better able to meet big business needs
This also means smaller ESPs that are more able to provide ESP customization when it’s needed can begin to do so, building out solutions that companies weren’t able to get before because the largest ESPs had backlogs too long or roadmaps too limiting.

As omni-channel marketing becomes ever more prevalent, ESP offerings should get ever more diverse, but one constant shall remain: The size of your email program doesn’t have to dictate the size of your ESP. With the big three ESPs moving on up the ladder, a lot of opportunity has opened up for middle market ESPs to start serving the needs of bigger businesses…and for bigger businesses to get the kind of customization they couldn’t before.