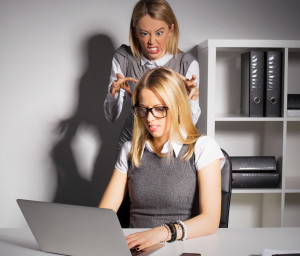 The following question was posted in a discussion group for email marketers: “I need to blast bulk emails on daily basis so suggest me some best email marketing tools.”

As soon as I saw it, I thought, “Oh boy, that person is going to get lambasted for using not one, not two, but three dangerous words in this group: blast, bulk and daily.” I checked the comments on the post, fully expecting to be embarrassed on this marketer’s behalf. Instead, I was the embarrassed one because not one marketer—not one—called this person out for potentially bad email marketing practices. They simply suggested software and vendors.

Now, I could be wrong. It could be this person and the company they work for are adhering to email marketing best practices. Perhaps the post was only the result of a poor choice of words. But still, you’d think one marketer would have commented on that at least, just to be sure.

Why marketers need to strike “blast” and “bulk” from their vocabularies
The words blast and bulk are problematic at best for email marketers. It would be best if we simply did not use them. These are old words, from back in the dinosaur age of email when that’s exactly what we did: blast bulk emails to our lists.

We’ve evolved, however—or some of us have, at least. Today we don’t have to blast bulk emails because we can segment. We can target. We can deliver relevant and timely emails to consumers as individuals. We know about cadence and we can test to determine which frequency offers the best results. We can even offer preference centers that give consumers some control over the emails they receive from us.

And we have proven best practices that say this is how to do email marketing in an effective, profitable way: by sending engaging, timely, relevant emails to subscribers who opted into a list.

But as marketers, even if we’re not doing the blasting to bulk lists, we need to stop using those words because they inherently make the practices seem acceptable. And apparently they are still acceptable, because I see so much of it going on—and no one in the discussion group took issue with the word use.

And about this word “daily”
Then there’s the issue of both the word daily and the timing of anything done daily. Since research shows most consumers say weekly is the right frequency for receiving an email from a brand, daily is probably a bad idea. Some emails are delivered (and devoured) daily because their content is so engaging and relevant that people want to get them every day (think Skimm). Those emails are the exception however.

Other top reasons include:

Daily emails are a contributor to the email overload that makes consumers unsubscribe from everyone’s lists, not only the lists of the perpetrators. And bad emails—the ones that are irrelevant, boring, pushy, repetitive or uninteresting—are one reason why consumers have a cynical view of email marketing. Consumers like email marketing. It’s still their preferred channel for hearing from a brand. But they’d like it better if the email was done better (and sent less often), I’m sure, and they’d be more likely to click through as a result.

So daily—daily is also a problematic word in this context, and a word that only a few noted email marketers should be able to freely use. The rest of us need to determine a sending schedule that works for our subscribers—and that probably won’t be daily.

Finally, why marketers need to call out other marketers
If you think that it doesn’t matter when another marketer uses the batch-and-blast approach to email marketing or sends daily emails that are irrelevant and pushy, I disagree. Every time someone goes against what we know to be sound and proven best practices, they do the whole industry a disservice. We work hard to get our emails delivered, then face so much competition when we finally do get to the inbox. As for me and ClickMail’s clients, I’d rather all the competition we had to face was legit email from legit marketers using legit email practices. Our emails would stand out more in the inbox and we wouldn’t have to fight against so much clutter. A rising tide lifts all boats, they say. That applies to email too.

Every time a marketer violates email marketing best practices, doing blasts to bulk lists on a daily basis, a legitimate email marketer must fight one more battle for a place in the inbox and the attention of the consumer. That makes it imperative that those of us who are mindful make sure to stress the importance of doing email right…not right now.