The Funniest Unsubscribe Ever 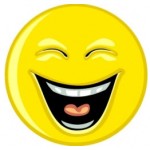 The Funniest Unsubscribe Ever

This year is my year to unsubscribe from the many email lists I’ve somehow made my way onto. Or should I say unwillingly been added to?

Email lists can be like blackberry bushes: Just as the blackberries slowly but surely creep into one’s yard and take over, company lists seem to slowly get hold of one’s email address so your inbox clutter increases as slowly and surely as the blackberry vines. Then one day you look out the kitchen window and see blackberry bushes where daisies used to thrive. Or you check your email and see junk where bona fide messages used to sit.

I’ve found I am less likely to take the time to unsubscribe since using a smartphone because I can clean the unwanted email out of my inbox while waiting in line at the bank or for my coffee at the espresso stand. It’s easier to check boxes and hit “Delete” than to open each email, scroll down, find the unsubscribe link, and go through what is sometimes a laborious process to unsubscribe. (Laborious is a relative term here. It’s still a quick process but I, like many others I’m sure, prefer instant. One-click unsubscribe just like Amazon’s one-click shopping. Is that so much to ask?)

As I tackle a few unsubscribes per day, slowly but surely fighting back against the unwanted emails just as I would the unwanted vines, I am usually annoyed, but was today delighted. Yes, an unsubscribe had me laughing out loud.

To unsubscribe, I was asked if I was sure and to answer yes to that question, the words were “I’m out of here.” That in and of itself was funny, but then a popup box appeared asking, “For the love of god, are you sure??” And that had me laughing out loud!

And why not? Why not go for laughs during what is perhaps an unpleasant process? Think about the recipient’s mindset. You’re either unwanted (best case) or annoying (worst case) and they don’t want to hear from you any more (ouch). So they already aren’t too fond of you. Now they have to go through a process to tell you they don’t want to hear from you. The onus is on the recipient to end the emails by opening your email and scrolling down to the find the link, as I described above. I’m pretty sure you’re not their favorite brand at this point.

I’m not sure the “for the love of god” comment would have changed my mind, but it sure gave me warm fuzzies for the brand. I no longer want to hear from that company, but I have only good feelings left for them even though I opted out of their emails.

I can’t remember ever having warm fuzzies for encroaching blackberry vines, however…