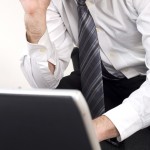 MarketingProfs has just reported email open rates fell to 17% on average in 2010, down 9 percentage points from 26% in 2009, according to a report from Harte-Hanks.

That is a decrease of over one-third in only a year. And that is significant.

Although “the study acknowledges that changing patterns in use of text and imagery that records open activity is having an impact on open rates,” it’s still a significant decline and something to pay attention to. How do your 2009 and 2010 open rates compare? Did you notice a decrease? Increase? Flat line?

Click-through rates stayed the same at 3%, meaning the people who are opening the emails are about as engaged and interested as they were before. So that’s also good news. And also a stat to consider as you review your own metrics for that time period.

To see how your email marketing program is faring in comparison, get more information, or request the full report.