Rebuilding Your Sender Reputation Takes Time, Even If You Weren’t the Bad Guy in the First Place 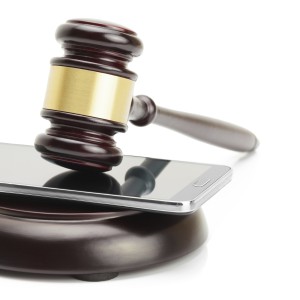 Imagine your email marketing program is humming right along, deliverability is about where it should be, and you’re tweaking and testing for those incremental improvements you know will add up–when all of a sudden you’re seeing a 95% bounce rate when emailing subscribers using Gmail.

That is practically every single Gmail address on your list. And when your list includes 50,000 Gmail addresses, that’s a lot of bounces—enough to keep a marketer up at night.

Not only can this happen, it did happen—to a ClickMail client. Why? Because even though the client was following email marketing best practices, they weren’t paying attention to the company they were keeping, and that got them into Gmail trouble.

When the bounce rate skyrocketed and the client came to us for help, we immediately requested removal from the block list at Gmail to give us time to investigate the problem. Talking to the client, we were reassured that they were following best practices, so the issue had to be elsewhere.

Eventually we figured out that the block appeared to be based on the sender reputation of only one domain used by the client, and that domain had linked to another that was blacklisted. There you have it: Guilt by association. Beware the company you keep, even if you keep it unintentionally!

Although that was an issue we could help them remedy, they still had to rebuild their reputation with Gmail, despite the fact that they hadn’t committed any wrongdoing. Repairing a damaged reputation is not an overnight fix, even for the innocent, and one can’t simply start sending emails as if everything were back to normal. So we suggested that they follow a plan of slow and steady to rebuild their sender reputation by:

Following these steps, the client was able to rebuild their sender reputation with Gmail, and it is back to business as usual for them because they were willing to go slow and steady to recover.

The lesson here? Pay constant attention to your email deliverability and email analytics, so that when something goes south, you can take action right away to determine the problem, fix it, and work to get your reputation right again.